Overview: What is Treatment-Resistant Depression? 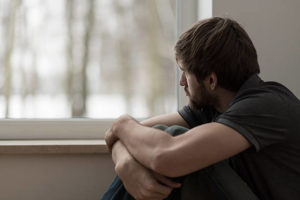 About one-third of people with major depression will respond to the first prescription antidepressant. In the remainder of cases, depressive symptoms may continue despite treatment, and is referred to as treatment-resistant depression (TRD). A person is labeled to have TRD when the symptoms fail to respond to at least two trials with separate classes of antidepressants.

How is TRD treated?

The flip side with TRD is that it can be misdiagnosed when instead there was simply a problem with either medication compliance or appropriate dosing. (1)

The initial steps are, therefore, to confirm or rule out TRD are:

You and your doctor should review the manner in which you are taking the medicine. Are you taking it every day (if so prescribed)? Should you be taking it with meals? Are you taking any other medications, supplements, or substances (e.g. alcohol) that can significantly interact with the absorption and metabolism of your medication?

Another factor that may lead to a false TRD label is that your doctor may not have tried the antidepressants at their maximum recommended doses and/or for the maximum duration. Hence, the next step will be to check and increase the dose of the antidepressant if required.

3. Check for any other illness

There is also a possibility that you have some other unaddressed medical or psychiatric illness that may be making the depression more resistant to treatment.

Next Steps for TRD

After confirming that you have TRD, your doctor may have to do a few trials to find the therapy that best works for you.

4. Switch your current medication to a different antidepressant

Your doctor may switch within the same antidepressant class such as switching from one SSRI (selective serotonin reuptake inhibitor) to another, or switch between classes (e.g., change from an SSRI to a non-SSRI antidepressant like mirtazapine, bupropion or venlafaxine.

The STAR*D (Sequenced Treatment Alternatives to Relieve Depression) study showed that switching the current antidepressant citalopram, an SSRI, to other antidepressants resulted in remission (disappearance) of symptoms in about one-fourth of the depressed individuals. (2)

5. Add a non-SSRI antidepressant to the current medication

If you’re on an SSRI currently, your doctor may use an antidepressant from a different class as an add-on treatment. Studies show that combination therapies may be more effective against TRD symptoms than the switching approach. (3, 4)

When combined, some non-SSRIs may work better than others such as:

6. Add other forms of treatment to the current medication(s), such as psychotherapy

7. Add an antipsychotic to the current medication(s)

8. Add medicines not approved by the FDA for TRD

A non–FDA-approved formulation of ketamine named esketamine, when sprayed into the nose, shows a rapid and sustained response in TRD. It also seems to address possible suicidal thoughts during a severe depressive episode. (10) This club-drug derivative is superior to the conventional antidepressant pills that take longer to show their effects and fail to cease the suicidal thoughts in the immediate depressive crisis.

These neurostimulative modalities are being employed more readily as data regarding their efficacy build. Nonetheless, they are typically used when medication treatment, as described above, fail to achieve a significant response.

10. clinicaltrials.gov A Double-Blind Study to Assess the Efficacy and Safety of Intranasal Esketamine for the Rapid Reduction of the Symptoms of Major Depressive Disorder, Including Suicide Ideation, in Participants Who Are Assessed to Be at Imminent Risk For Suicide. NCT02133001. https://clinicaltrials.gov/ct2/show/NCT02133001. Accessed April 18, 2018.

The aim of my practice is to provide expert psychiatric care in a trusting and empathic environment.

I encourage an assertive and collaborative treatment style to help you recover faster and develop the insight, skills, and resilience needed to better handle life challenges.